OUT THROUGH THE IN DOOR

“There’s a lot worse out there.” E – a long-standing friend – was wondering whether he had one more career move in him. “Coming up to 20 years with the company, albeit under four different owners. “A lot of change, and there’s more to come. I wonder if I should get out before the new owners make that decision for me? “But while it isn’t perfect, there’s a lot worse out there.” E’s comments sent me on a flashback, to my first full-time job after graduation. The company owner g
93 views0 comments
Paul Rutherford

Sometime when you're feeling important When your ego is fully in bloom. Sometime when you take it for granted You're the best qualified in the room. Sometime when you feel that your exit Will leave an unfillable space. Sometime when you cannot imagine How others will continue with grace. Take a bucket and fill it with water. Put your hand in it, up to the wrist. Pull it out - and the hole that's remaining Is the scope of how much you'll be missed. For Rutherposts direct to y
90 views0 comments
Paul Rutherford

(It was early 1980s: I had my marketing degree, and a new job at an agency. Not long after my first day, I met Larry - a new client who was adding a security hardware business to his growing portfolio. I asked him how he started…) Larry’s first venture was selling carpets. His office was a back bedroom at home, his logistics operation was a white van. He gave the impression that he ran a big company because his wife answered calls by saying “this is reception”, and he had t
7 views0 comments

Excerpt #2/2 from 'How PowerPoint is killing critical thought', an essay by British author, essayist, and documentary-maker Andrew Smith. He is the author of 'Moondust: In Search of the Men Who Fell to Earth' (Bloomsbury 2009) and 'Totally Wired: The Wild Rise and Crazy Fall of the First Dotcom Dream' (Simon & Schuster 2013). '... PP can only present propositions and arguments as equations... They appear to have no owner; no one need feel responsible for them. In the post-ban
18 views0 comments

FEEL THE MIND IN MOTION

Excerpt #1/2 from 'How PowerPoint is killing critical thought', an essay by British author, essayist, and documentary-maker Andrew Smith. He is the author of 'Moondust: In Search of the Men Who Fell to Earth' (Bloomsbury 2009) and 'Totally Wired: The Wild Rise and Crazy Fall of the First Dotcom Dream' (Simon & Schuster 2013). 'I still remember the best lecture I ever attended. It was part of a joint series offered by the English and philosophy departments in my first term at
17 views0 comments
Paul Rutherford

This series of ‘TGJTC’ blogposts was originally prompted by an email signed by the Chief Deputy Auditor. Not Deputy Chief (the second in line) but Chief Deputy. I imagine that there were more than one ‘Chief’ at that level too, just to keep everyone on their toes. TGJTC #1 started with my General Manager role, which was a misnomer at best. I’ll come back to that in a moment. Subsequent postings about VP, CMO, Director and Partner tried to give each some context, definition an
46 views0 comments 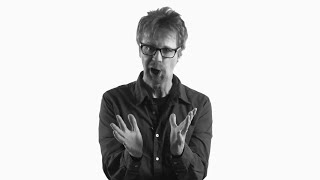 SO MUCH WITH SO LITTLE

Next time you're about to create a 37-slide PowerPoint presentation... For Rutherposts direct to you inbox, subscribe *here* #impact #humour #video
10 views0 comments
Paul Rutherford

It's that time of year, when that level of stress is felt on both sides of the sales counter. Trudging from shop to shop, the only thing that keeps me sane is reflecting on interpersonal behaviour - mine, the Shop Assistants', and everyone else. Hence I've been testing Mehrabian's theory about verbal and non-verbal communication. Scene 1 - The Bookshop. The Assistant stands in front of doors, opened under the stairs. It might be the entrance to Narnia. I've been a customer h
56 views0 comments
Paul Rutherford

At the start of this week I noticed this bar graph (below). It had been reposted by a LinkedIn 'Strategic Advisor' and subsequently 'Liked' by several LinkedIn members. Suitably inspired, I posted an observation: "So what? Data without meaning." then sat back, like an angler waiting for a bite. It didn't take long. The next post appeared from C, who described himself a student intern at a large corporation. "In my view, the data shows that the world's most performance orienta
31 views0 comments
Paul Rutherford

A venture fund investor asked me to look into a small company that had attracted him a couple of years before, now he wasn’t so sure. “Either the proposition is falling behind a fast moving market, or it’s the way the Founder addresses the market. Take up the drains and let me know what you find.” He was right about both. Founder wasn’t a bad person, just someone who was in love with the technology and had no interest in his customers. Of course, he wanted to sell his sol
15 views0 comments
Paul Rutherford

The elderly lady was the Piaf-sparrow type, head and shoulders shorter than the smartphoned, ear-plugged, texting commuters who hadn’t reall
67 views0 comments
1
23